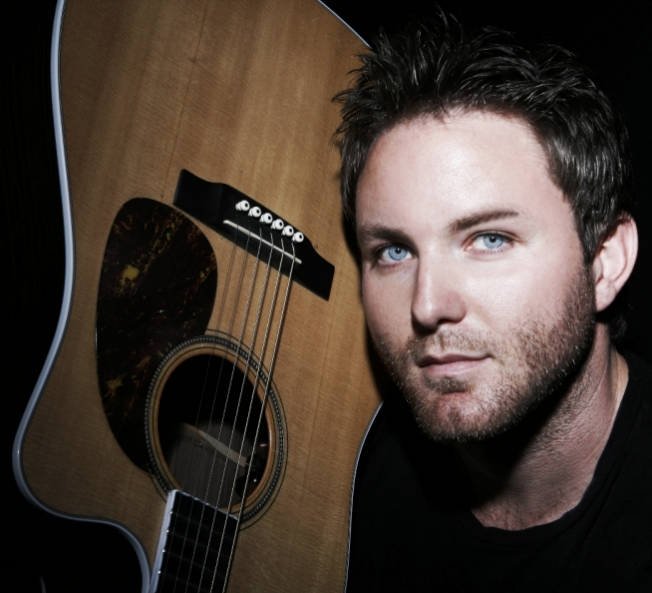 Ryan Sims was born and raised in Westfield, Indiana until the age of 16 when he moved to Cave Creek, Arizona and attended Cactus Shadows High School.  From the very beginning, Ryan had a passion for all elements of music and performing.  Ryan’s talents developed quickly as he became a skilled, self-taught guitarist, singer and songwriter.  Rather than following the typical trajectory after high school, Ryan’s life-long passion for playing music inspired him to found Phoenix-based band EastonAshe, (EA), and begin touring.

Almost immediately the band received nationwide recognition for their unique blend of trademark originals and revamped cover music. In 2006, EA released their debut album Can I Drive It which sold 10,000 copies in the first year without any label financially backing or promoting the project.  By 2007, Ryan and EastonAshe had reached acclaim on a national level by winning the 2007 Independent Rock Album of The Year award. In back to back years, EA was honored with the Performer of the Year award at the LA Music/ Hollywood Fame Awards in 2007 and 2008. In 2009 Ryan snatched up  Singer/Songwriter of the Year at the Phoenix Music Awards.
Prompted by a phone call from Bret Michaels of the band Poison, Ryan participated as a contestant on the singing competition television series ‘The X Factor’ in 2011.  Of the 200,000 hopeful musicians on ‘The X Factor’, Ryan made it to the final 32 before departing.
Ryan’s success on ‘The X Factor’ paved his way to a writing position at the Song Factory in Nashville, Tennessee.  (The Song Factory is owned by Scott Borchetta of Big Machine Records, which is without a doubt the biggest label in country music today.)  Ryan himself made the shift from rock and roll to country music.  This change in genres has been well received by his fan base.

In 2012, while playing at Harold’s Corral, a country bar in Cave Creek, Ryan was discovered by a talent scout who invited him to Nashville to produce and record a solo album.   In July of 2013, Ryan recorded his very first solo album at House of Blues Studios with Angel Crush Entertainment.  (Angel Crush was founded by Grammy Award winning producer, Malcolm Springer, who has recorded artists such as Matchbox 20, Greenwheel and Collective Soul.)
Ryan’s first solo album was formally released on January 11th, 2014 at an exclusive event hosted by Harold’s Corral in Cave Creek.  The album’s unique blend of rock-infused country sound, delivers both musically and lyrically.  Ryan wrote the lyrics and music for nine out of ten songs featured on his self-titled album, Ryan Sims.