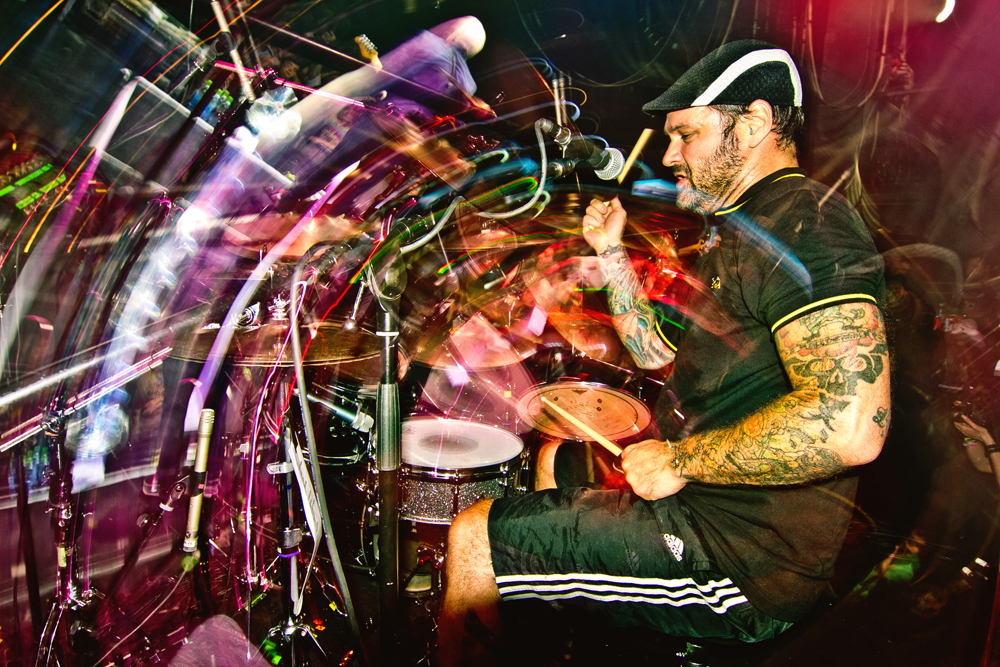 Darrin Pfeiffer is no stranger to the music industry….30 years and counting…GOD, where did the time go!!?

After a series of successful bands in the Buffalo New York area, Darrin moved to LA in 91, met John Feldmann and started Goldfinger. 23 years of platinum success followed. He has filled in with Canadian punkers Sum 41, LA Punks The Dickies and Billy Talent, Darrin has a rich music history to draw from.

Starting High 4 in 2007 and release 4 titles helped Darrin learn further the inside ropes of this fickle industry. That, mixed with numerous licensing deals, countless tours, production credits, session work(s) and other various label and record industry duties…it’s fair to say Darrin is equipped with the tools for High 4 Recordings to be successful.